Also in this Newsletter

On Thursday 11th June, five Year 9 students took part in a Virtual Concert. Lily opened the concert with ‘Trouble’ by Coldplay on her Piano. This was followed by Luke’s performance on his Violin. William then blasted out ‘American Idiot’ by Green Day on his electric guitar. Next up was a distanced duet by Andrew and Finlay on guitar. They performed individual parts to their own track at their homes and then put them both together. Finally it was Xen drumming to ‘Come Together’ by Goldsmack. The concert was a huge success and Mrs Parsons was incredibly impressed with the talent shown. 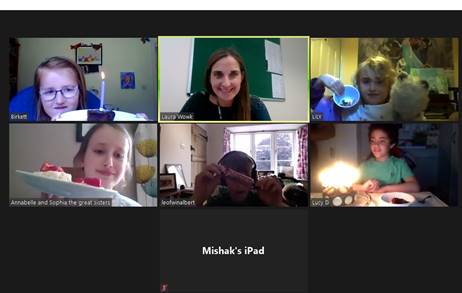