This term the Boarders enjoyed the much anticipated return of Taskmaster Tuesday!

Taskmaster tasks included creating a beach scene with items around the house in which a spinning lighthouse even made an appearance, making a cow costume and performing the longest moo and using a collection of objects to spell out taskmaster!

Taskmasters Mrs Dwyer and Miss Kershaw were impressed by everyone’s enthusiasm and also willingness to tidy up afterwards! 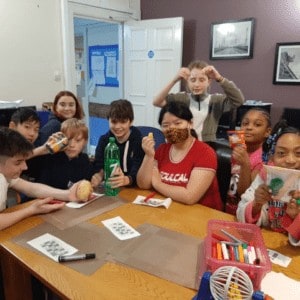